LinkedIn Ad Metrics Every Marketer Should Measure in 2021

LinkedIn Ad Metrics Every Marketer Should Measure in 2021

Are you tracking these 15+ Metrics when running LinkedIn Ad Campaigns? 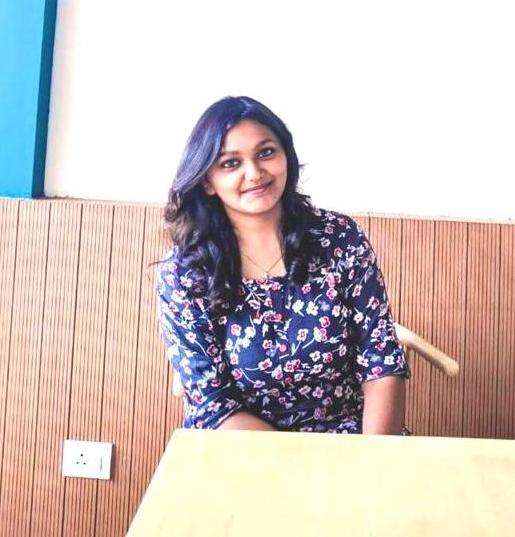 Think of some of the greatest pairs in history.

LinkedIn and… Marketers, of course!

Being the largest professional network, LinkedIn is where your prospects hang out day in and day out - if you want them to visit your website and eventually sign up for your product, that is where you have to be.

Unfortunately, every marketer (including your competitors) knows this resulting in a cluttered LinkedIn feed for your prospects.

So how do you still stand out in an ever-increasing noisy crowd?

You can jump the queue and get right into solving your prospects’ pain points.

But the tricky part is not running ads - anyone with a marketing budget for LinkedIn ads can do that.

It is what comes next - measuring your ad campaign performance.

After all, if you don’t measure the right set of metrics, you never know what worked and what didn’t.

We’ve done the hard work and curated a list of metrics that every marketer must measure when it comes to LinkedIn ads:

Brand awareness metrics help you measure how many people come across your ads and if the popularity is growing over time. The metrics include:

Ad impressions refers to the number of times your ad is shown on your audiences’ LinkedIn feed.

Here is an example: If your LinkedIn ad campaigns shows 50 impressions, it means the ad was shown to your audience 50 times.

Note: When running LinkedIn ad campaigns, It is possible that your ad was shown to the same person more than once, especially if you are running ads for a long period and you have a narrow audience.

Pro tip: If you want more users clicking on your ad, it can mean as simple as increasing your ad budget, which will help increase your ad impressions.

New followers is an important measure of how people perceive your brand - while you cannot directly attribute your ad campaign to new followers added to your LinkedIn page, there is certainly a correlation.

For example, say, one of the LinkedIn users sees your ad but does not click on it; instead they search for your company page and end up following it. Even though it was the ad responsible for the new follower, there is no way to track it.

A simple workaround is attributing all new followers to your company page to the LinkedIn ad during your campaign period.

Engagement metrics help you measure how users engage with your ad campaigns. The metrics include:

Ad clicks is one of the most important metrics to measure when running LinkedIn ads. It refers to the number of users who clicked on your advertisement.

By measuring this number you can gauge how your ads have performed and tweak your campaigns accordingly.

Click Through Rate or CTR is an extension of ad clicks. It refers to ad clicks with respect to the total impressions and are calculated in terms of percentages.

CTRs give a more rounded and accurate picture of how your campaigns are performing more so than just ad clicks.

For example, If 100 users saw your ad on Linkedin and 20 of them clicked it, then your CTR for the ad campaign would be 20%.

Let’s say you run 2 ads and the campaign results are:

On first look, Ad 1 looks like the better performer with more clicks.

ad. While likes  and reactions may not translate into conversions, it is a good indicator of how compelling your ad content is.

In addition to that repeat engagement might also indicate prospect interest on some levels.

Tracking comments on LinkedIn ad campaigns is particularly useful when you are running multiple campaigns and you want to experiment with the copy and style to nail down the perfect messaging that gets maximum engagements from your target audience.

The number of shares refers to LinkedIn users who have shared your sponsored content - while only a handful of your posts will ever get shared it is important you track and measure this metric because this shows people who are really big fans of your content or even your own brand.

Campaign Engagement is the collective number of ad clicks, reactions, comments, and shares across campaigns. It gives a complete picture of your ad performance, shedding light on which campaign gets the maximum engagement from your target audience.

Campaign engagement rate refers to the overall engagement for your ad campaign with respect to the total number of impressions. They are also clicked in terms of percentage just like Click Through Rates.

How is this useful?

Using Campaign Engagement Rate as a benchmark you can compare it with the number of ad clicks - for example if your ad campaigns consistently have great engagement in terms of likes, comments, or shares but has poor click throughs, it is a sign that you might be targeting the wrong set of audience who enjoy your posts but don’t really have the pain point you are trying to solve.

In recent years, videos have become a popular channel for marketers on LinkedIn.

If you are running LinkedIn video ads, there are two metrics you must track:

Video views refer to the number of times your video ad was played by your audience. LinkedIn considers any video as ‘played’ if a user watched for a minimum of 2 seconds.

Video completion is another metric that LinkedIn provides which tells you what portion of your video did the audience watch before closing it. It is given in these segments: 25%, 50%, 75%, and 100%.

This metric gives you insight into how users engage with your video, at what point do most of them tend to drop off etc. using which you can further improve your future ads.

ROI metrics are those which help you calculate the ROI for your LinkedIn ad campaigns and help you make strategic decisions. The metrics include:

Ad spend is the total money you spend for an ad campaign - when you are running multiple ads, it is crucial you keep track of how much you are spending on each ad so you can calculate how much ROI you get from each ad.

In general, if you have a daily budget LinkedIn automatically recognizes the better performing ads and shows more of those ads to the users and likewise less of the poorly performing ones.

Campaign is the total money spent on different ads which usually run at the same time and come as a bundle for a particular campaign.

Campaign spends give you clarity on how similar themed ads perform - for example if you have run campaigns for Thanksgiving and Christmas you can compare how each of them performed and make a decision on how you should allocate your budget for the upcoming season.

Cost Per Click or CPC is the exact $ amount you spend to generate one ad click in your campaigns.

Within LinkedIn, the money you pay on each click varies depending on the campaign objective you choose.

By calculating CPC, you get a sense of how LinkedIn ads a channel is performing - for example, if you are running Google ads, or Facebook ads, or even email marketing campaigns, you can compare the cost of generating a click between those channels and ads run on LinkedIn and allocate your budget accordingly.

Number of leads refers to calculating how many leads you generate in total from any particular LinkedIn ad campaign.

It is one of the most important ad metrics as the fundamental purpose of any marketing channel is to generate as many leads as possible.

Cost Per Lead(CPL) or Cost Per Acquisition(CPA) is the total money you spend for generating a qualified lead - if your campaign has a CTR of 20% only a small portion of those users will eventually sign up for your product.

The Cost Per Lead metric tells you the exact cost for you to generate a qualified lead from LinkedIn ads. Comparing this metric with Customer Lifetime Value gives you insights into your campaign ROI and whether the resources spent on LinkedIn ads is actually worth it.

LinkedIn Ads are one of the most effective marketing channels for businesses; provided you track and measure the ad metrics and tweak the campaigns based on the numbers.

Whether it is 3+1, or hybrid, or whatever model, some kind of remote work is here to stay for the long haul. Check out these 15 tools to build a remote-friendly tech stack that maximizes your team’s productivity when working remotely.

8 Email Marketing Metrics Every Marketer Should Measure in Mailchimp

Mailchimp is one of the most popular email marketing tools for marketers across the globe - in this post, we take a look at the 8 must-measure metrics when running campaigns on your favorite email marketing platform! 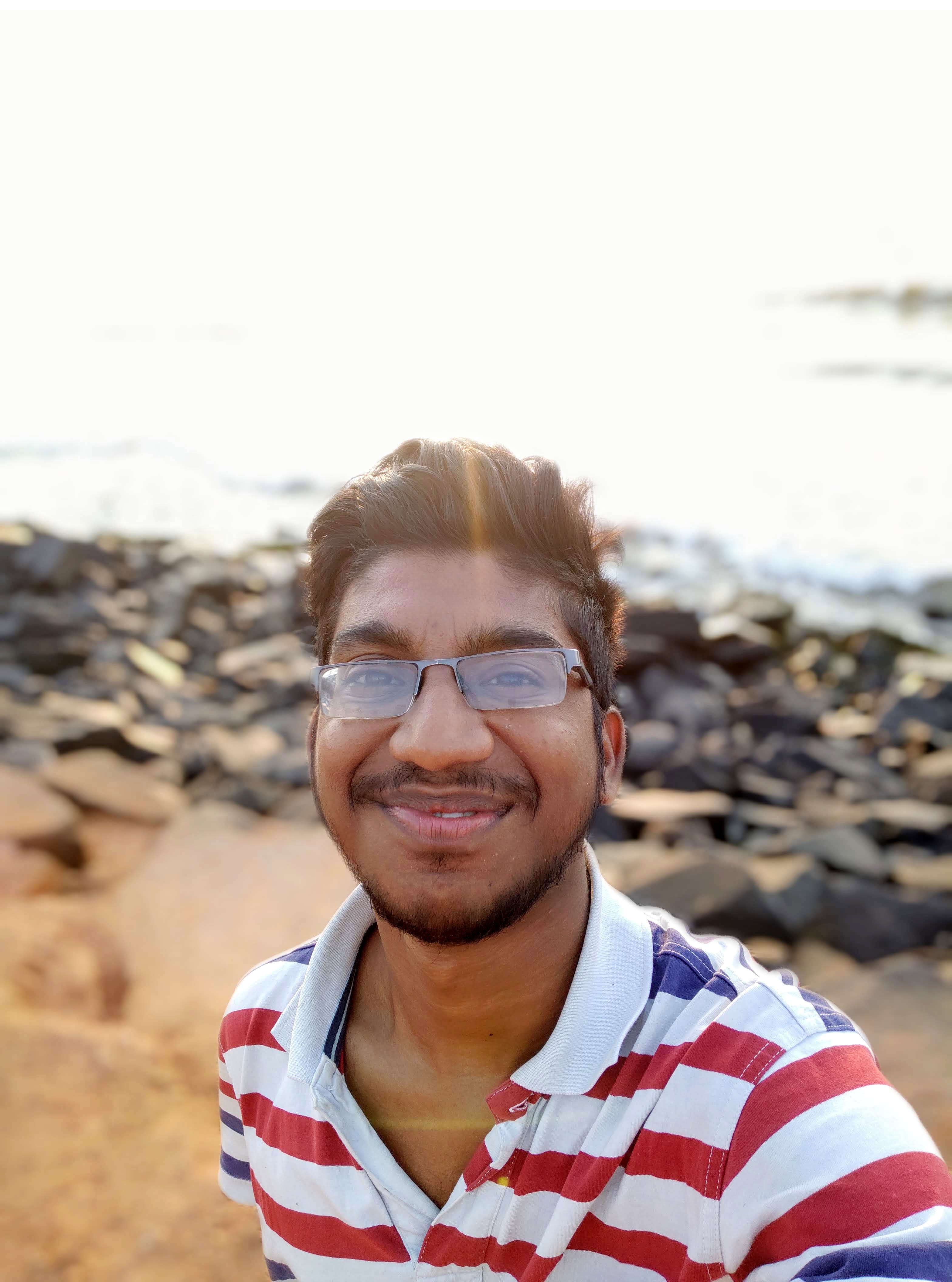