Deals won are when a lead has reached the end of their purchase cycle and they are been closed.

What are Deals won?

Deals won otherwise called Deal Closed or Closed Won in CRM tools indicate that leads have reached the end of the sales cycle and are considered to be closed. Essentially, the customer has made a firm commitment to buy from you. As far as this opportunity or deal is concerned, no further sales effort is required.

The concept of "deals won" is a way to measure the success of a sales strategy. It's a simple way to compare how many customers you have and how many sales you've made, in order to assess whether your approach is working.

Leads must go through all stages of the sales process to be considered a closed deal (for example, from the stage where the lead was generated to the stage where it was closed).

As you go through your sales process, you'll feel like you're on a roller coaster. You may be on top, down, or not sure where you are. One thing is for sure, The final stage in your sales process closing the deal is one of the most exciting moments of any sale.

When the lead finally reaches this stage, there are two possible outcomes: The leads either buy from you or they don't. If they buy, you can mark the deal as won. But if they don’t buy, you can always check back later to see if they've changed their minds and are ready to buy.

Delas won metric is one of the important metrics every sales leader should measure in any CRM like HubSpot CRM, Salesforce, and Pipedrive.

How to calculate Deals won rate?

If you have 100 total deals and 50 of them are won, then your deals won rate will be equal to 50 percent.

Using this metric, you can measure the effectiveness of your sales strategies. If you're getting more deals won then it means that leads like what they hear about your product or service and are willing to buy it.

Why is it important to track Deals won?

Deals won or deals closed are one of the most important sales KPIs every sales leader should measure in their CRM tools. It is by using this metric you will measure how your sales team is performing, both as a team and as individuals.

To understand the top KPIs to track on Pipedrive, read our blog on 11 sales KPIs every sales leader should measure in Pipedrive.

How to visualize deals won in dashboard?

In Dataflo, we segment data based on the number of counts, the currency, and the number of deals won by employees which will help you analyze this metric in a more detailed way

Take a look at the data visualization for more on how to track deals won in a Dataflo dashboard.

When there are low deals won, it means that the sales are not closing as quickly as they should. Several factors may affect a sales team's failure to close a deal..

Research shows that 80% of potential opportunities are lost without a trace simply due to a lack of follow-up. People and companies who don't follow up, who do nothing to build up that trust and relationship, cannot succeed.

How do you improve Deals won?

Robert Clay of Marketing Wizdomstates that  63% of the people requesting information from your company today will not purchase for at least three months and 20% will take more than 12 months to buy.

The most critical thing to improve your deals won is by following up on the leads. In the world of business, maintaining top-of-mind awareness is imperative. To establish your professionalism and trustworthiness, you should regularly contact your prospective customers and existing customers.

Frequently Asked Questions
What are deals won?
What are the stages in the sales pipeline?
How to calculate deals won rate?
Related Metrics
No items found.

A SaaS metric once a week

Thank you! Your submission has been received!
Oops! Something went wrong while submitting the form.
Your subscription could not be saved. Please try again. 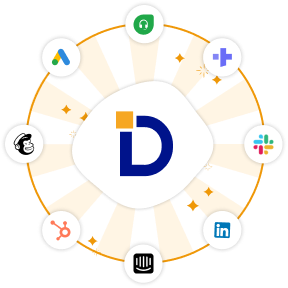 Dataflo is a dedicated GTM Operating System that helps you take data-driven decisions across the go-to-market teams from Day 1.

Thankyou!
Your submission has been received
Oops! Something went wrong while submitting the form.
Your subscription could not be saved. Please try again.

Thankyou!
Your submission has been received
Oops! Something went wrong while submitting the form.
Copyright © 2023 Dataflo.
Terms of ServicePrivacy policy